Reports: Kings to hire Mike Brown as next coach 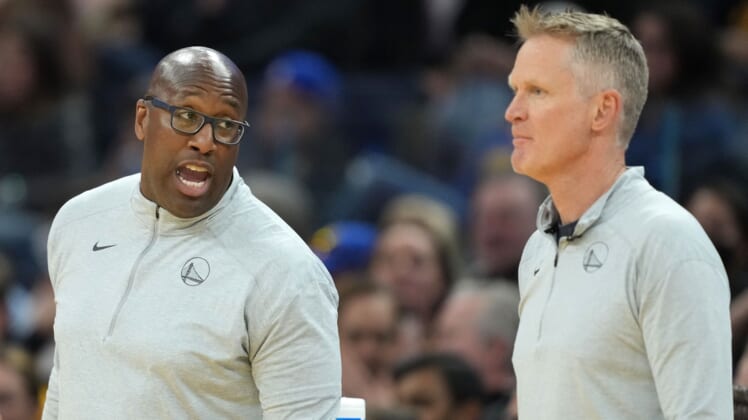 ESPN reported that Brown would sign a four-year contract.

Brown, former head coach of the Cleveland Cavaliers and Los Angeles Lakers, owns a 347-216 record as a head coach, including two 60-win seasons with Cleveland during LeBron James’ prime.

The 52-year-old has worked on Golden State’s staff since 2016 and was part of two Warriors title teams (2017 and 2018). The Warriors are still active in the 2022 playoffs, in the midst of a Western Conference semifinal series with the Memphis Grizzlies that will continue Monday.

Brown also helped Gregg Popovich’s staff to an NBA title with the 2003 San Antonio Spurs and was named NBA Coach of the Year with Cleveland in 2009.

In addition to his NBA duties, Brown is in charge of the Nigerian men’s national basketball team and coached them in the 2020 Tokyo Olympics.

The Kings have missed the playoffs for 16 consecutive seasons, the longest drought in NBA history.

Former Warriors coach and current ESPN analyst Mark Jackson also was a finalist for the Sacramento job, according to The Athletic.