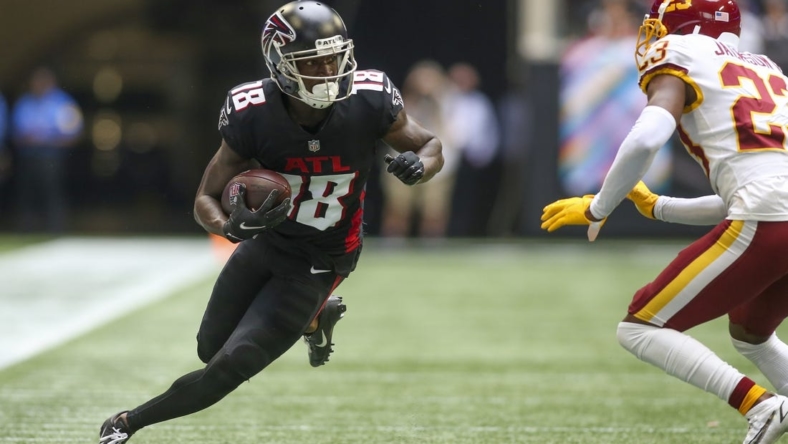 The sides are trying to finalize the deal, reportedly complex, ahead of the 4 p.m. ET trade deadline.

Regardless, Ridley would remain suspended through at least the 2022 season for betting on Falcons games in 2021.

The Falcons are set to receive a 2023 fifth-round pick and a conditional 2024 fourth-rounder that could potentially become a second-round pick, per the reports.

According to ESPN: The pick will remain Round 4 if Ridley is on the Jags’ roster; it elevates to Round 3 if Ridley reaches certain incentives; it becomes a Round 2 if the Jags sign Ridley to a contract extension.

Ridley was suspended last March for at least one year for betting on NFL games during the 2021 season. Ridley bet on games between Nov. 23-28, 2021, while away from the team for personal reasons. Ridley forfeited his 2022 salary of $11.1 million, which tolls to the next season (2023) and would become a liability of the Jaguars.

Ridley played in five games (all starts) last season. He finished 2021 with 31 catches for 281 yards and two touchdowns.