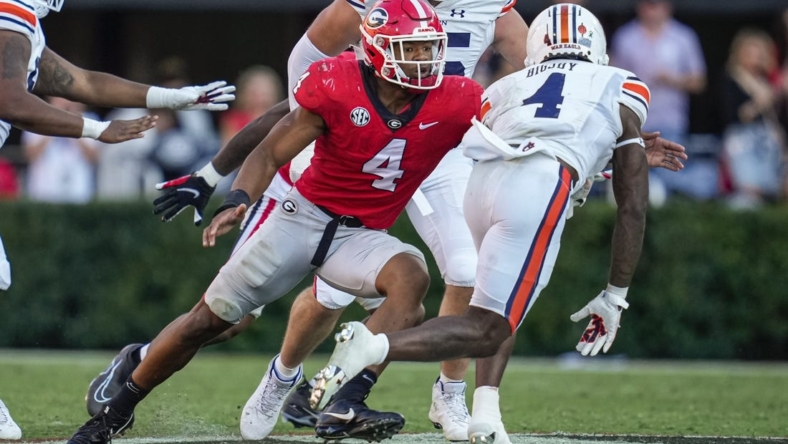 Georgia pass-rusher Nolan Smith is done for the season with a torn pectoral muscle, On3 Sports and ESPN reported Tuesday.

Georgia coach Kirby Smart said Monday that Smith was doubtful for this weekend’s mega matchup between the No. 1 Bulldogs (8-0, 5-0 Southeastern Conference) and No. 2 Tennessee (8-0, 4-0) in Athens, Ga.

Smart initially feared Smith had dislocated his shoulder in the first half of last Saturday’s 42-20 win against Florida, but he said Monday it was believed to be a muscle injury. And MRI confirmed that it is, per the reports.

Smith is a considered a first-round prospect for the 2023 NFL Draft. It’s unclear at this point if he’d be ready to take part in the NFL combine, which opens Feb. 28.

In addition to his team-high three sacks, Smith has 16 quarterback hurries and seven tackles for loss in eight games this season. He has 12.5 sacks and 110 tackles in 38 career games with the Bulldogs.

His absence is untimely to say the least, as Tennessee and Heisman Trophy candidate quarterback Hendon Hooker lead the nation in scoring (49.4 points per game) and total offense (553.0 yards per game).

Georgia is No. 2 nationally — tops in the SEC — in scoring defense, allowing just 10.5 points per game.