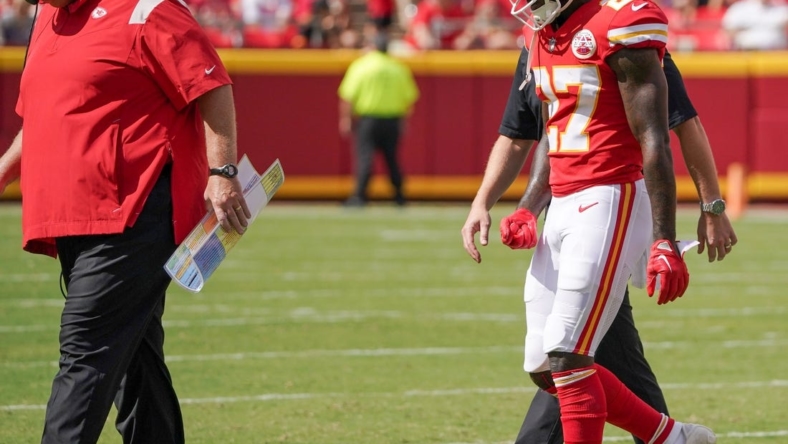 The Kansas City Chiefs sent cornerback Rashad Fenton to the Atlanta Falcons in exchange for a conditional seventh-round draft pick in 2023, ESPN and NFL Network reported ahead of Tuesday’s trade deadline.

Atlanta also traded safety Dean Marlowe to the Buffalo Bills for a seventh-round pick in 2023.

The Falcons have dealt with multiple injuries in the secondary. Starting cornerback Casey Hayward (shoulder) is out indefinitely on injured reserve, and fellow starter A.J. Terrell (hamstring) missed last week’s win over the Carolina Panthers but could return this week.

Fenton has started all five games he’s played for the Chiefs this season, his fourth in the NFL (all with Kansas City). He has totaled 24 tackles and two pass breakups. Fenton missed the Chiefs’ past two games with a hamstring injury.

Marlowe previously played in 26 games for the Bills from 2018-20 after beginning his career with the Carolina Panthers in 2015. He spent last season with the Detroit Lions and has 116 tackles and two interceptions in 55 games (17 starts).

Marlowe signed a one-year deal with Atlanta in the offseason and had 11 tackles in eight games .