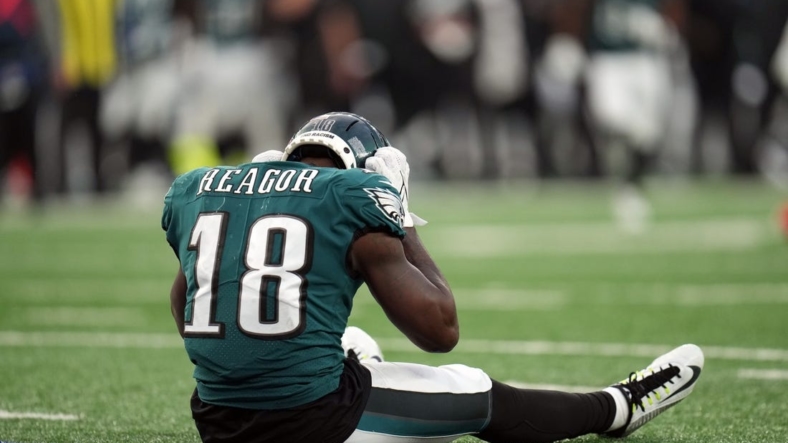 The Minnesota Vikings acquired third-year wide receiver Jalen Reagor from the Philadelphia Eagles on Wednesday in exchange for picks in 2023 and 2024, multiple outlets reported.

The Eagles will receive a seventh-round pick in 2023 and a conditional fourth-rounder in 2024, per the reports. The 2024 pick will become a fifth-round pick if certain statistical marks aren’t met.

“The guy brought it every day. He worked on his craft,” Eagles general manager Howie Roseman said Tuesday about the decision to keep Reagor. “He had a great attitude, great energy. Obviously, he’s a talented guy. He’s 23 years old. We’re going to do whatever we think is in the best interest of the team, and we felt like there was no doubt in our mind that he deserved a role on this team.”

Reagor gets a fresh start on a position unit in Minnesota that’s shy on depth.

Bisi Johnson and Thomas Hennigan were placed on season-ending injured reserve. Blake Proehl is on the reserve/physically unable to perform list and out for the first four games. Jalen Nailor made the team but is dealing with a concussion, leaving Ihmir Smith-Marsette as the only other healthy WR outside of the starters, led by two-time Pro Bowler Justin Jefferson.