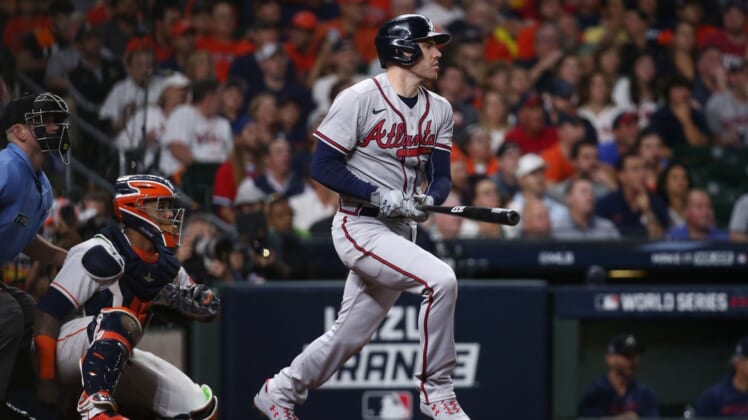 In 2020, Freddie Freeman was the National League MVP for Atlanta, and he led the Braves to the World Series championship in 2021.

In 2022, he will be playing for the Los Angeles Dodgers.

Freeman strengthens an already potent Dodgers team that has made nine consecutive playoff appearances and is just a year and a half removed from winning a World Series title.

He doesn’t even have to displace a bat from the Los Angeles lineup. Last year’s primary Dodgers first baseman, Max Muncy, could slide into the designated hitter role with the DH being adopted in the National League for the first time.

The Braves tacitly acknowledged that Freeman wouldn’t be returning when they acquired first baseman Matt Olson in a trade with the Oakland A’s earlier this week. Olson signed an eight-year, $168 million contract with Atlanta on Tuesday.