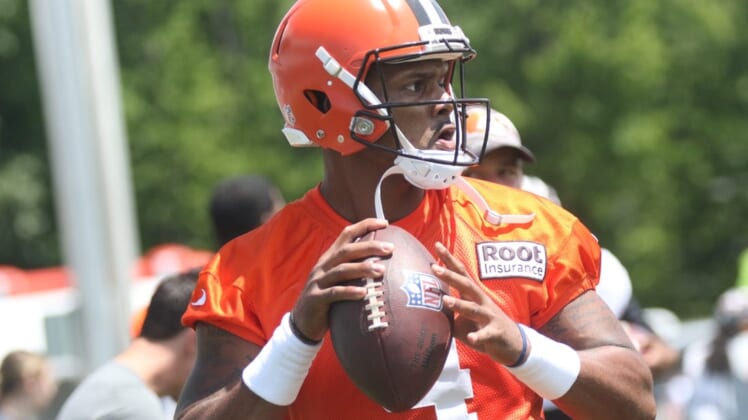 The Cleveland Browns quarterback has been accused of sexual assault and inappropriate misconduct during massage sessions between March 2020 and March 2021.

While 20 of the 24 sustained lawsuits he has faced have been settled and two grand juries in Texas decided not to pursue criminal charges against Watson, the NFL has been conducting an investigation of their own to determine whether he violated its personal conduct policy.

Retired judge Sue Robinson has been appointed by the NFL and NFL Players Association and tasked with deciding on the case. Unless she recommends there be no disciplinary action, Watson and the NFLPA can appeal the decision to commissioner Roger Goodell.

According to CBS Sports, the NFL is reportedly pushing for an indefinite suspension that would last through the 2022 season.

In a joint statement, Watson and the NFLPA emphasized their full cooperation and support of Robinson and her investigation, stating “(we) will stand by her ruling and we call on the NFL to do the same.”

The Browns, who traded three first-round picks for Watson in March, have been adding to their roster in anticipation of the ruling, recently signing former first-round pick Josh Rosen and working out A.J. McCarron earlier in the month.