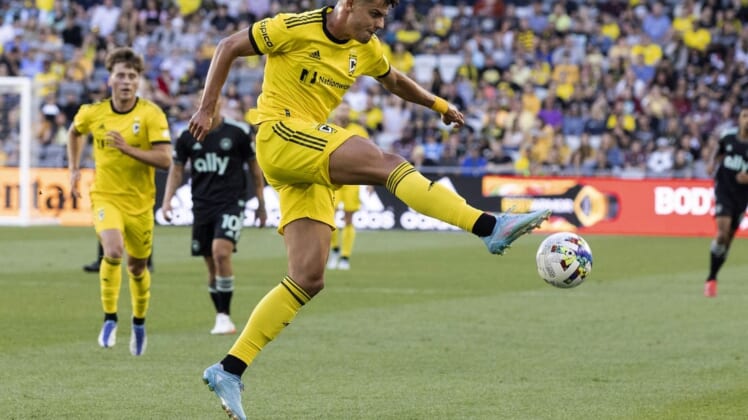 Berry, 24, has 10 goals and two assists in 34 matches (22 starts) since being selected by the Crew with the seventh overall pick in the 2020 MLS SuperDraft.

He has seen his playing time limited since Columbus acquired Colombian forward Cucho Hernandez as a club-record signing last month.

Hernandez scored two goals in the Crew’s 2-2 draw with D.C. United last Wednesday. Berry did not play in the match.