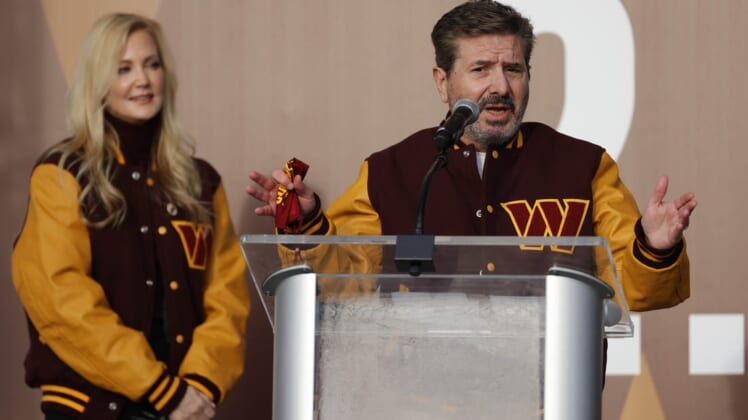 The franchise is in the process of weighing its options for a new stadium to replace FedEx Field in Landover, Md. The team has considered potential sites in Northern Virginia, Maryland and the District of Columbia, but ESPN reported that Virginia was its preferred site for now.

The team moved out of Robert F. Kennedy Memorial Stadium and into FedEx Field in 1997. FedEx Field has been widely panned as one of the least enjoyable stadiums in the NFL, and the Commanders’ contract to play there expires in 2026.

The Commanders’ team headquarters are in Ashburn, Va., and they hold their training camp in the state capital of Richmond.

Budget negotiators in the Virginia state legislature have agreed to cap Commanders stadium bonds at $350 million, far less than an initial estimate earlier in the spring of $1 billion.

The House Oversight & Reform Committee told the Federal Trade Commission in a letter last month that it had obtained evidence that Snyder “may have engaged in a troubling, long-running, and potentially unlawful pattern of financial conduct” that took advantage of the team’s fans.