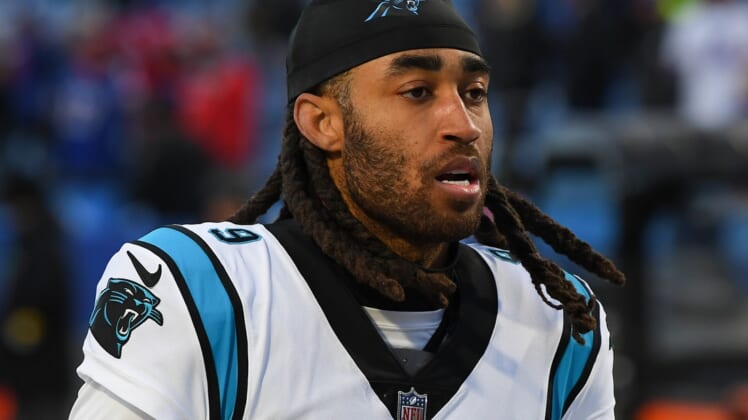 ESPN said the deal with worth $23 million, with $14 million guaranteed.

The Colts announced the signing of another veteran defensive back, safety Rodney McLeod, on Thursday.

Gilmore, 31, played eight games last season for the Carolina Panthers, who acquired him from the New England Patriots in October. He was limited by a hamstring injury in his brief time with Carolina after head coach Matt Rhule disclosed that the team made the move — parting with only a sixth-round pick — in hopes of playing more aggressive man coverage.

The NFL Defensive Player of the Year in 2019, Gilmore tore his quad in Week 15 of the 2020 season and didn’t return to the field until Week 8 last season.

Drafted 10th overall by the Buffalo Bills in 2012, Gilmore signed a five-year, $65 million contract with the Patriots in free agency in 2017 and was a two-time All-Pro in New England.

He entered 2021 on the physically unable to perform list and wanted the Patriots to address his contract. In his first media availability with the Panthers last season, Gilmore said he “didn’t like how (the Patriots) handled my situation with my injury.”

He joins a veteran group on the Indianapolis defense that includes DeForest Buckner, Kenny Moore and Darius Leonard. The latter two have been active in recruiting free agents to the Colts this offseason.