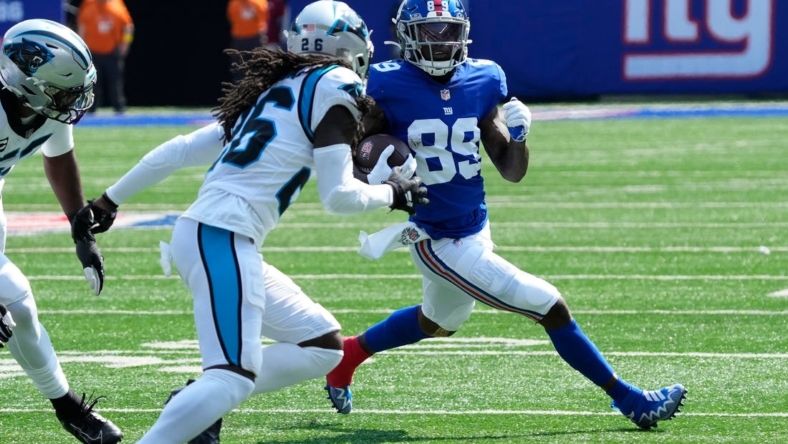 The Kansas City Chiefs acquired wide receiver Kadarius Toney from the New York Giants on Thursday for a third-round pick and a sixth-round pick, ESPN and NFL Network reported.

Both picks are 2023. However, ESPN reports the third-round pick is conditional while NFL Network reports it’s a compensatory pick in Round 3.

A first-round pick in 2021, Toney has reportedly been battling a hamstring injury all season and hasn’t played since Week 2. He has just two catches for zero yards and two rushes for 23 yards.

Toney also saw 60 percent of his snaps from the slot in 2021 and could eventually become the Chiefs’ primary slot receiver.