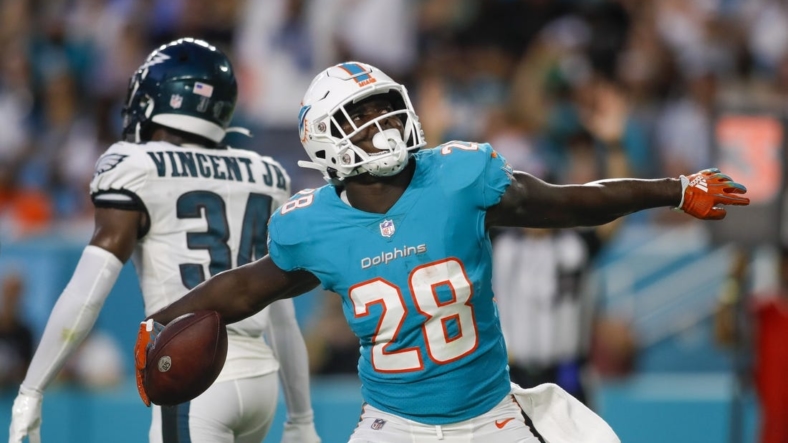 Michel was released by the Miami Dolphins on Monday ahead of Tuesday’s deadline to reach the regular-season roster limit of 53 players.

Michel, 27, was attempting to make the Dolphins roster after three seasons with the New England Patriots and one with the Los Angeles Rams.

A 2018 first-round draft pick by New England, Michel played in 38 games (28 starts) for the Patriots and tallied 2,292 rushing yards and 14 touchdowns over three seasons. He added 26 receptions for 258 yards and a score. The Patriots traded him to the Rams last August for a sixth-round draft pick when the Rams suffered multiple injuries at running back.

Michel played in all 17 games for Los Angeles last season, starting seven, and toted the ball 208 times for 845 yards and four touchdowns while adding 21 catches for 128 yards and a touchdown. He also got at least one touch in each of the Rams’ four playoff games en route to their Super Bowl victory.

The Chargers will need to make a corresponding cut.