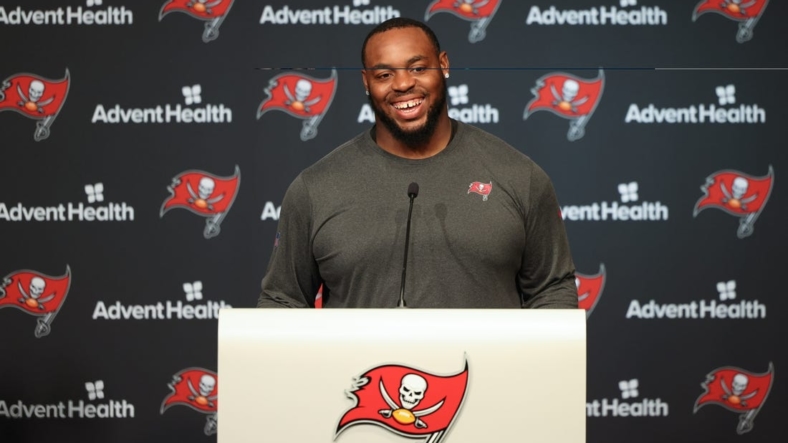 The Bucs reduced Mason’s 2022 salary from $6.5 million to the league minimum of $1.12 million and converted the rest to a bonus, the Tampa Times reported. They added three void years to his deal.

The Bucs had just $1.4 million in cap space prior to restructuring Mason, per Overthecap.com.

The Bucs acquired Mason in a trade with New England in the offseason.

Mason, 29, played his first seven seasons with New England after the Patriots made him a fourth-round selection in the 2015 draft out of Georgia Tech. They gave Mason a five-year, $50 million extension before the 2018 season.