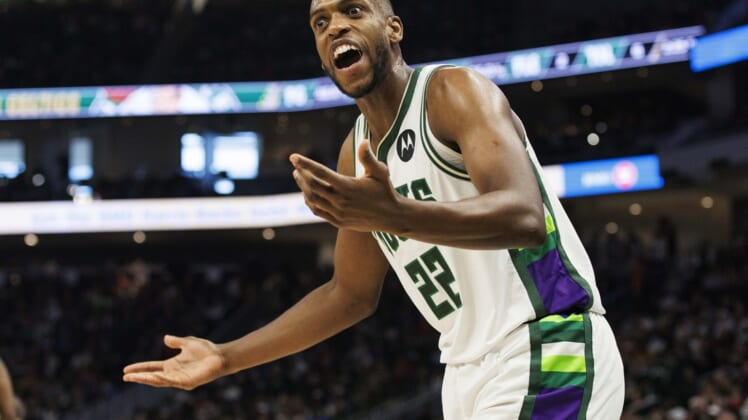 An MRI exam Thursday confirmed a left knee MCL sprain for Khris Middleton, and the Milwaukee Bucks forward is expected to be sidelined at least through the current first-round playoff series against the Chicago Bulls, according to multiple reports.

Middleton was injured with 6:49 remaining in Game 2. Adding to the unsettling feeling of the injury was the Bucks’ 114-110 defeat to the Bulls, as the series was evened at a game each heading into Game 3 at Chicago on Friday.

“Obviously Khris is one of the best players on the team,” Bucks star Giannis Antetokounmpo said in the aftermath of Wednesday’s defeat. “If he’s not able to be with us, it going to be a tremendous loss for us.”