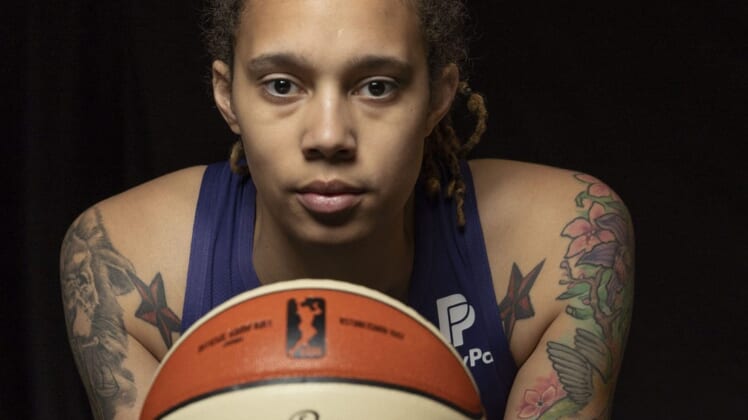 WNBA star Brittney Griner is expected to testify in a Russian courtroom on Wednesday as her attorneys lay out their case for leniency after she admitted to bringing cannabis oil into the country, multiple outlets reported.

Griner, of the Phoenix Mercury, has been detained in Russia since mid-February on drug charges. On July 7, she pleaded guilty to the charges, which carry a sentence of up to 10 years, in a largely procedural move.

She appeared in court Tuesday in Moscow as her lawyers presented the case that she used cannabis oil to relieve chronic pain, not for recreation. Her legal team has presented to the court statements from professionals attesting to her medicinal use.

Griner spoke briefly to U.S. Embassy officials before the proceedings Tuesday. The deputy chief of mission at the U.S. Embassy, Elizabeth Rood, said Griner “is doing OK and is as well as can be expected under the circumstances,” per The Washington Post.

Her defense team has told the court that Griner didn’t intend to bring the cannabis oil into Russia, but rather she packed hurriedly and didn’t realize it was in her luggage.

One of her lawyers, Maria Blagovolina, said there likely will be several more hearings beyond Wednesday before the trial wraps up and the court issues a sentence, per The Post.

U.S. officials contend Griner is being wrongfully detained as tensions between Moscow and Washington rise, in part because of Russia’s invasion of Ukraine.

Griner has support from within the country from a Russian fan group, which has posted positive messages on the country’s equivalent of Facebook.

The WNBA has called on the Biden administration to make greater efforts to bring Griner, 31, home. A two-time Olympic gold medalist, Griner has received widespread support throughout the league, with the All-Star Game played, in part, in tribute to her. Her initials and number 42 also are stenciled on all 12 WNBA courts this season.