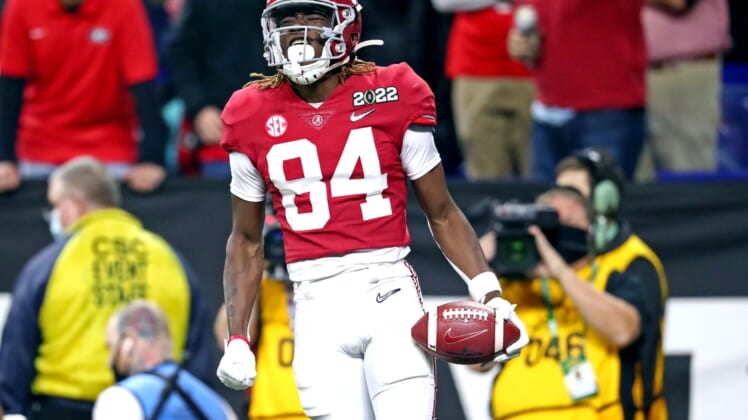 Hall’s decision to transfer comes one day after head coach Nick Saban announced a suspension for the wideout.

“He is suspended from the team for violations of some team rules, whether they’re academic or whatever, it doesn’t really matter,” Saban said Wednesday. “Everybody has a responsibility and obligation to respect the principles and values (of the program) and do what they need to do — they’re all there to help them be more successful, so to respect those and do those is always really helpful.”

Hall had four receptions for 72 yards last season as a freshman, including two catches for 52 yards in the national championship game. Alabama lost 33-18 to Georgia.

Clark had been recruited to join Alabama in 2020. However, he didn’t join the program until 2021, and then he never appeared in a game for the Crimson Tide.