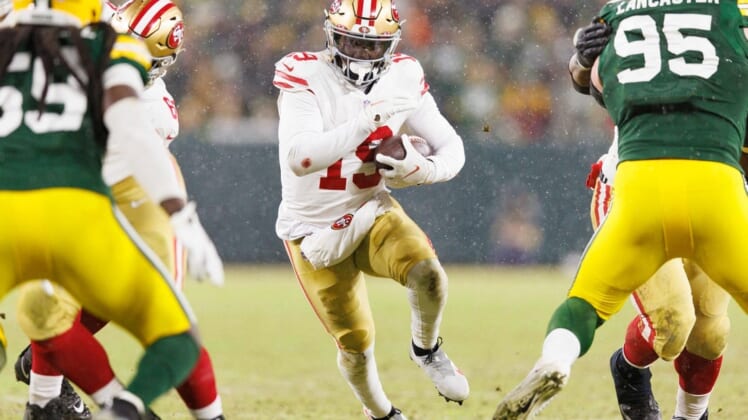 Samuel, 26, hauled in 77 receptions for 1,405 yards and six touchdowns last season in 16 games (15 starts). He was also vital to the rushing game, adding 365 yards and eight touchdowns on the ground.

The former second-round pick has spent his entire career with San Francisco, where he has recorded 167 receptions for 2,598 yards to go along with 10 touchdowns. He made his first Pro Bowl appearance last season, was named first-team All-Pro and led the league in yards per reception (18.2).

Samuel reported to the 49ers’ training camp but was “holding in” and not practicing while contract negotiations were ongoing. He had requested a trade out of San Francisco last April.