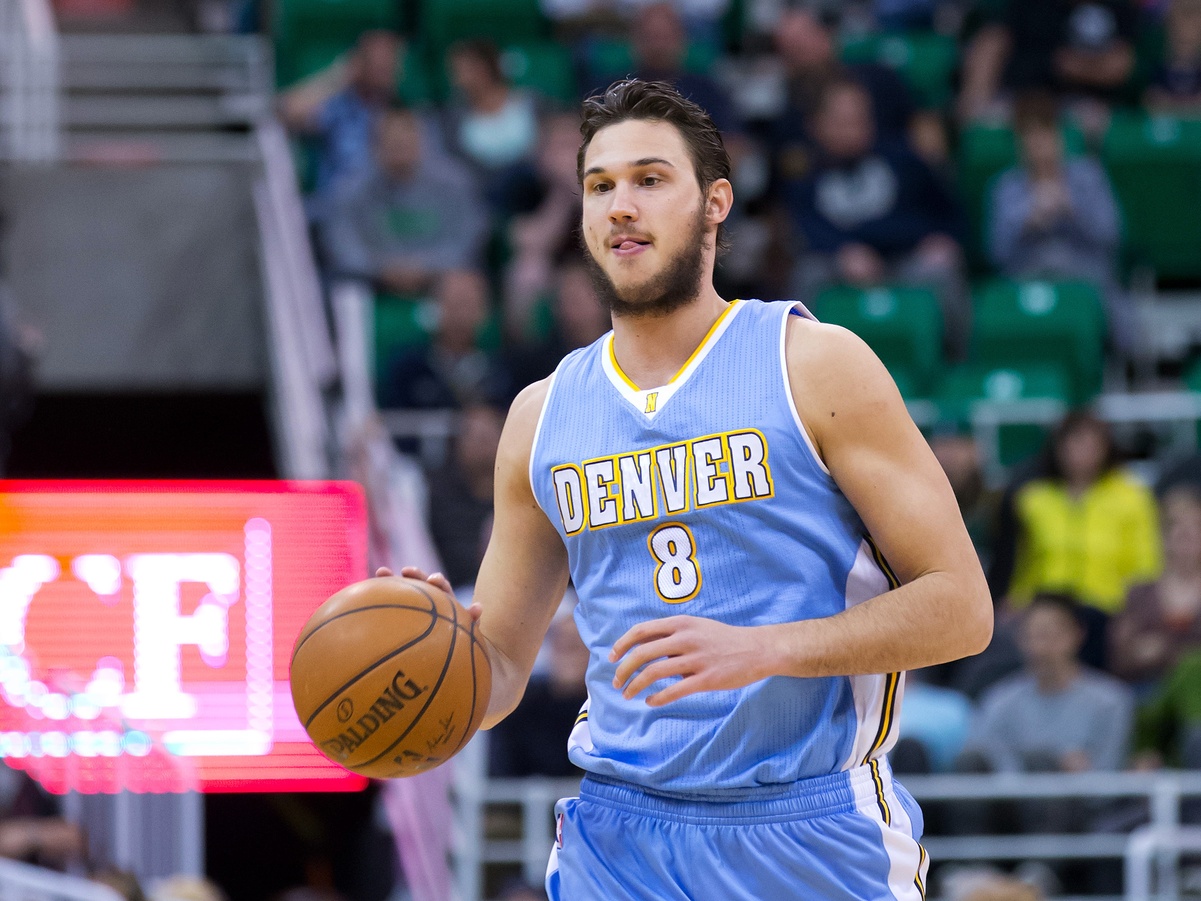 It was just a few short years ago that Danilo Gallinari was the player central to the New York Knicks being able to acquire Carmelo Anthony from the Denver Nuggets.

After helping Denver to 57 wins in his first full season with the team back in 2012-13, the former No. 6 overall pick missed the entire following season with a knee injury. Upon returning to action this past season, the former Euroleague star was once again sidelined, this time with a with another injury. He missed 23 of the team’s 82 games.

It’s now being reported that the former lottery pick is one of many players Denver has put on the trade block. If that’s the case, there should be a lot of interest in his services.

The Nuggets have made injury plagued but offensively talented forward Danilo Gallinari available for trade, a source told Yahoo Sports.

While Gallinari brings a hefty contract ($11.6 million for 2014-15) and a pretty lengthy injury history (see above), he could potentially be a coup for a contending team in need of a perimeter shooter from the small forward position.

In the mold of other European stars of the past, the 26-year-old can flat out shoot. He’s currently at a 37 percent clip from three-point range during his six seasons in the Association. More than that, he offers a tremendous mismatch from the wing, especially with a lengthy 6-foot-10 frame. With the league moving more towards Harrison Barnes and Andrew Wiggins type players, Gallinari could potentially create a defense to that new wing player.

Call him Giannis Antetokounmpo-lite or a lesser version of Andrei Kirilenko, that type of length could come in handy on the perimeter for a contending team.

If Denver’s asking price is a first-round pick in either this year’s draft or next summer, we can expect other teams to bang down their door for Gallinari’s services. If it’s more than that, including a rotational player, that may cause some issues. Despite his plus-level offensive game, the forward’s injury concerns have to be taken into account.

In terms of teams that might show interest in Gallinari, the Los Angeles Clippers come to mind first. They may have acquired Lance Stephenson from the Charlotte Hornets earlier this month, but the expectation is that Stephenson will come off the bench. Gallinari wouldn’t only give the team length up front, he’d provide the perimeter shooting that Stephenson is lacking—shooting the team will assuredly miss after trading Matt Barnes (36 percent from three-point range in 2014-15) in the Stephenson deal. Los Angeles has the cap fillers (J.J. Redick and Jamal Crawford) to make a deal work, but it’s also without a first-rounder.

A more realistic scenario would be the Chicago Bulls, who boast 22nd pick in Thursday night’s draft. They could potentially sweeten the pot with someone like Nikola Mirotic—a player that fell out of favor towards the latter part of the 2014-15 campaign. And while, new head coach Fred Hoiberg and company wouldn’t want Gallinari going up against the likes of LeBron James, he would fit in nicely.

As teams continue to look to mirror the San Antonio Spurs and Golden State Warriors of the Association, it might make more sense to utilize a philosophy that counteracts the importance upper-echelon clubs place on wing players. In that, Gallinari could be an x-factor.