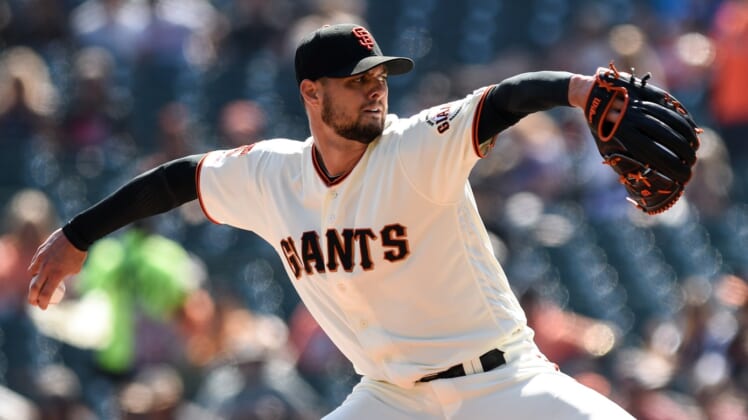 The San Francisco Giants head into the 2020 season with high expectations for former first-round pick, stud young pitcher Tyler Beede. That might now be thrown out the window.

The 26-year-old Beede complained of tightness in his throwing elbow during Tuesday’s Spring Training game in Arizona. He ultimately underwent an MRI.

According to Alex Pavlovic of NBC Sports Bay Area, the news is not great. The MRI revealed that Beede has a sprained elbow and flexor strain. While there’s no prognosis at this point, similar injuries in the past have led to Tommy John Surgery. The Giants say they will have an update later in the week.

The young righty pitched to a 5-10 record with a 5.08 ERA and 1.48 WHIP while striking out nearly a batter an inning as a rookie last season. San Francisco was expecting him to take that next step as a sophomore in 2020 and he had performed well during Cactus League action up until Tuesday’s injury.