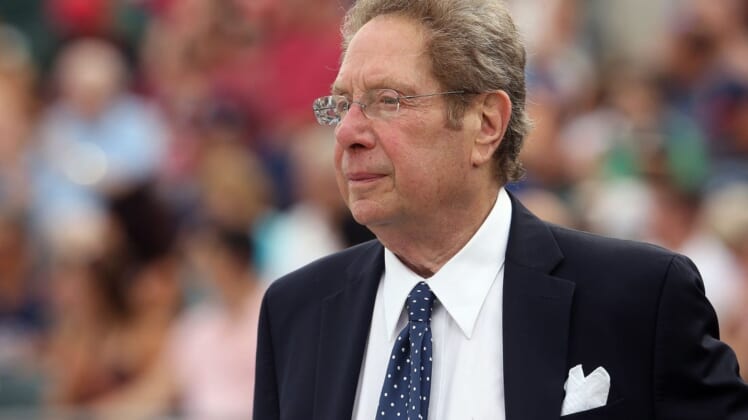 John Sterling, who has been in the New York Yankees’ radio broadcast booth since 1989, will cut back on his travel schedule in the second half of the season, the New York Post reported Monday.

The 83-year-old Sterling plans to call games for WFAN Radio from Yankee Stadium. As far as road trips go, he will limit his travel to Citi Field in New York, Camden Yards in Baltimore and Fenway Park in Boston.

“It is just to recharge my batteries,” Sterling told the Post. “I’ve been doing road games with teams for 52 years. I love this game, but I hate being on the road.”

In July 2019, he took his first day off in 30 years, snapping a streak of 5,058 consecutive broadcasts. The occasion was his 81st birthday.

The Post said candidates to fill in for Sterling include Ryan Ruocco of YES and ESPN, as well as Justin Shackil, the team’s digital reporter.

Sterling began his broadcast career in 1970 as the play-by-play caller of the Baltimore Bullets of the NBA. He later called games in the New York area for the Nets and Islanders before moving to Atlanta to work on broadcasts of the Hawks and Braves.