‘Yankee Letter’ reveals use of replay room to decode signs 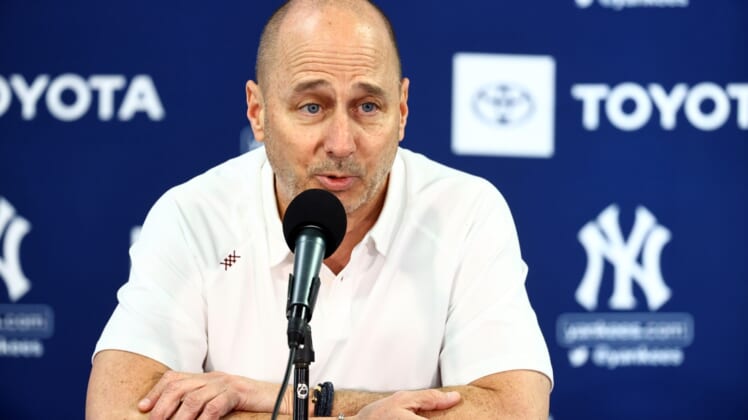 The New York Yankees were fined $100,000 for using their video replay room to decode signs and passing them on to runners at second base in 2016 and 2017, the infamous “Yankee Letter” obtained by SNY revealed Tuesday.

The letter from MLB commissioner Rob Manfred to Yankees general manager Brian Cashman dated Sept. 14, 2017, which the Yankees fought the release of, revealed the Yankees’ sins didn’t come close to those of the Houston Astros’ sign-stealing scandal that roiled Major League Baseball.

In fact, the Yankees were doing what many other teams were thought to be doing at the time.

The Yankees used the system in 2015 and 2016 but apparently ceased the illegal operation in 2017 and, more importantly, did not do it after Manfred banned electronic sign stealing in September 2017, per SNY.

“The Yankees’ use of the dugout phone to relay information about an opposing Club’s signs during the 2015 season, and part of the 2016 season, constitutes a material violation of the Replay Review Regulations,” Manfred wrote to Cashman. “By using the phone in the video review room to instantaneously transmit information regarding signs to the dugout in violation of the Regulations, the Yankees were able to provide real-time information to their players regarding an opposing Club’s sign sequence — the same objective of the Red Sox’s scheme that was the subject of the Yankees’ complaint.”

The letter also cleared the Yankees of using YES Network cameras to steal signs, something the Boston Red Sox alleged.

“My office has thoroughly investigated the Red Sox’s claims in this regard and has concluded they are without merit,” Manfred wrote.

The fines assessed to both the Yankees and Red Sox went to Hurricane Irma relief as a part of Major League Baseball Charities.

The letter will be released later by MLB later this week, according to SNY.