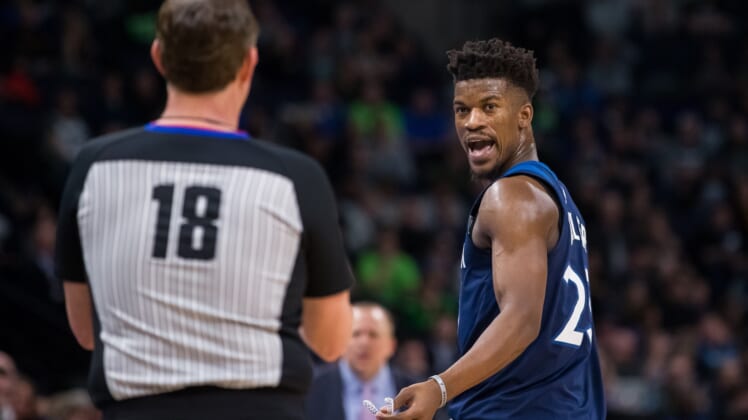 Ever since disgruntled Minnesota Timberwolves All-Star Jimmy Butler requested a trade last month, the Miami Heat have been seen as the favorite to land the star player.

Butler himself has reportedly indicated that he prefers to land with the Heat. Meanwhile, Miami had shown significant interest in trading for the guard.

Now, according to this report from Marc Stein of the New York Times, the two sides were making significant progress on trade talks this week before Minnesota proposed changes in the deal. Ultimately, that led to a trade falling through.

The Wolves and Heat were making significant progress on a Jimmy Butler trade this week, league sources say, before deal changes proposed by Minnesota led to a breakdown in talks

Something could obviously change on this front in the coming days and weeks. If the two sides were indeed close on a deal, there’s a chance Minnesota goes back to the drawing board with Miami.

The issue here is that the Wolves’ asking price for Butler has been deemed too steep. That led to a break down in talks with the Philadelphia 76ers, primarily because Minnesota demanded Ben Simmons in return.

If this continues to be the case, Minnesota will find itself between a rock and a hard place. The NBA season starts in less than two weeks. No one thinks it would be a good thing if Butler were still on the roster at that point.