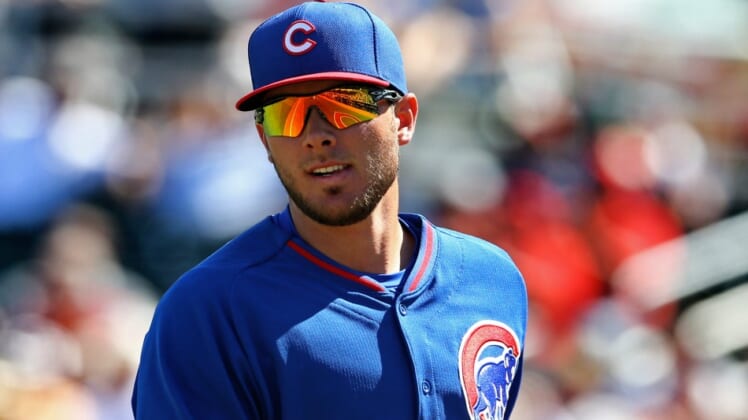 The Windy City’s two baseball teams struck a big deal on Thursday, when the Chicago White Sox sent Jose Quintana to the Chicago Cubs for a slew of prospects, which you can read about here. It was a big trade, but not as big as the one the two teams had previously talked about. One that involved Kris Bryant and Chris Sale.

It’s not hard to see why talks went nowhere.

When the #Cubs tried to get Chris Sale from the #WhiteSox this winter, Theo Epstein was told it would have to be a package with Kris Bryant.

This says one of two things.

One, the White Sox were extremely high on Yoan Moncada and Michael Kopech, both of whom they acquired from the Boston Red Sox when Sale was actually dealt.

Two, the South Siders really did not want to trade Sale to the Cubs.

Moncada and Kopech are star prospects. MLB.com ranks them as the game’s No. 1 (Moncada) and No. 11 (Kopech) prospects). Still, they’re prospects. Prospects don’t always pan out and they certainly don’t always become stars.

When the White Sox were reportedly asking for Bryant in return for Sale, he was a star. Bryant was the National League’s Rookie of the Year in 2015 and MVP in 2016. He was the best player on a team that won the World Series in 2016 and won 200 games over the 2015 and 2016 seasons. Additionally, Bryant is only in his Age 25 season. He figures to be around for a good, long time.

Are Moncada and Kopech really more valuable than a known commodity like that?