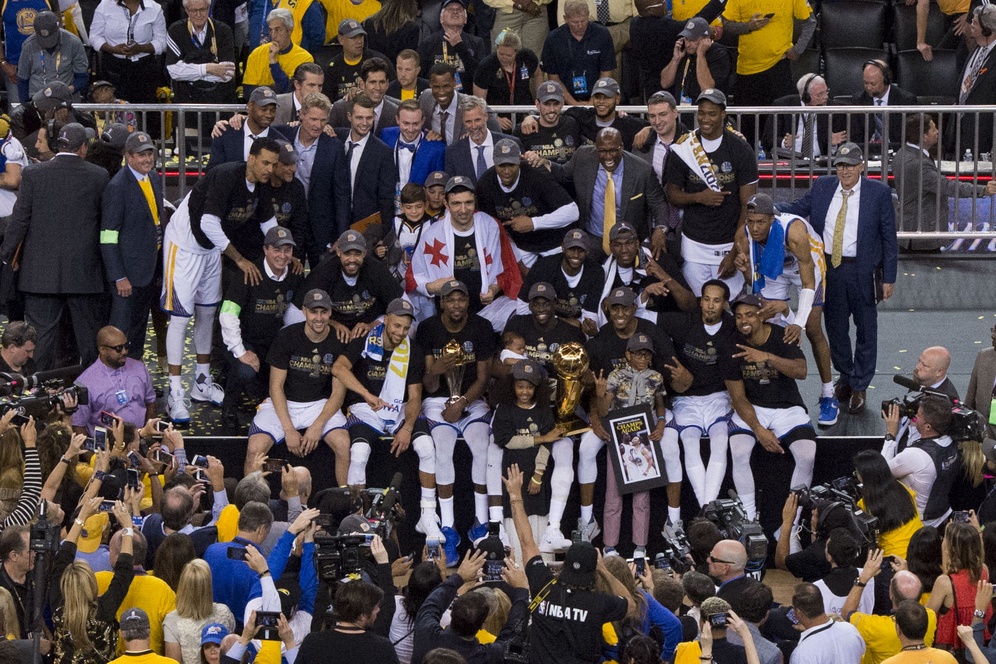 The Golden State Warriors reportedly made a huge decision in the midst of their NBA championship celebration Monday night that involves the White House.

Or rather, one that doesn’t involve the White House.

Officially, the Warriors have not received an invitation from the White House yet. And the team is officially saying it will make a decision if and when that happens.

Official statement from the Warriors pic.twitter.com/59PmJ9IflX

The Warriors have been politically inclined in the past, led by none other than head coach Steve Kerr. He’s spoken out against the policies of President Donald Trump and against gun violence in the past. He also staunchly defended Colin Kaepernick during his anthem protest in 2016, so it’s not surprising that his team isn’t going to attend the White House in celebration of its championship.

Many individuals from various sports have opted not to attend their championship White House team visits. However, this would mark the first time that an entire team decided to say no to a presidential invitation.