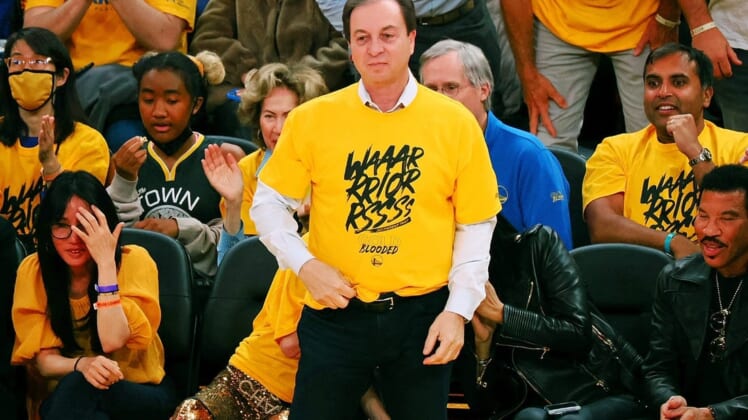 The comments in question from Lacob, a chief owner of the team along with Peter Gruber, came during a recent appearance on the Point Forward Podcast. Lacob’s comments came during a discussion about the NBA’s collective bargaining talks.

“The truth is, we’re only $40 million more than the luxury tax. Now, that’s not small but it’s not a massive number. We’re $200 million over in total because most of that is this incredible penal luxury tax,” Lacob said. “… Obviously it’s self-serving for me to say this, but I think it’s a very unfair system because our team is built by — all top eight players are all drafted by this team.”

ESPN listed Golden State’s luxury tax bill for this past season at $170 million, up from $69 million in 2020-21. Projections show the team paying $181 million next season.

Lacob violated the NBA’s rule on public discussion of the league’s collective bargaining efforts and policies.

Lacob, who has been a Warriors owner since 2010, is the CEO of the club, which has won four NBA titles since his run as owner began. He previously had a stake in the Boston Celtics before purchasing the Warriors.