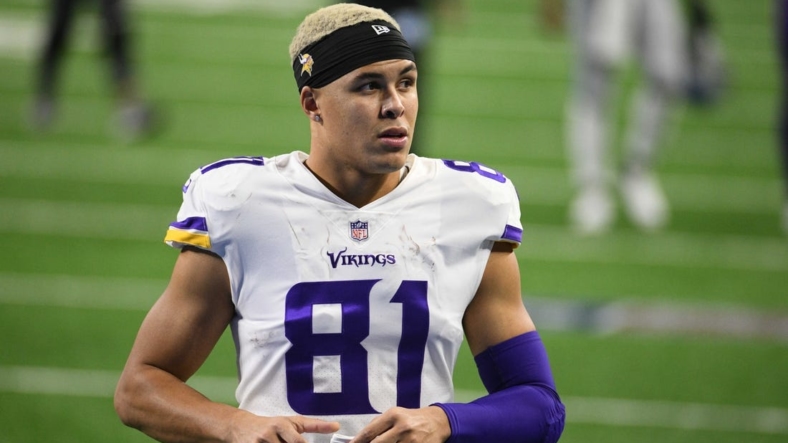 Johnson, who missed all of last season after tearing his ACL in training camp, was injured in Saturday night’s preseason finale at Denver. The report said it was his other knee this time.

“It did not look good to me,” Vikings coach Kevin O’Connell said after Saturday’s 23-13 loss to the Broncos.

“… He’s had a really, really good training camp and has done everything we’ve asked of him at multiple spots. Very unfortunate there.”

Johnson had two catches for 25 yards before exiting with the injury.