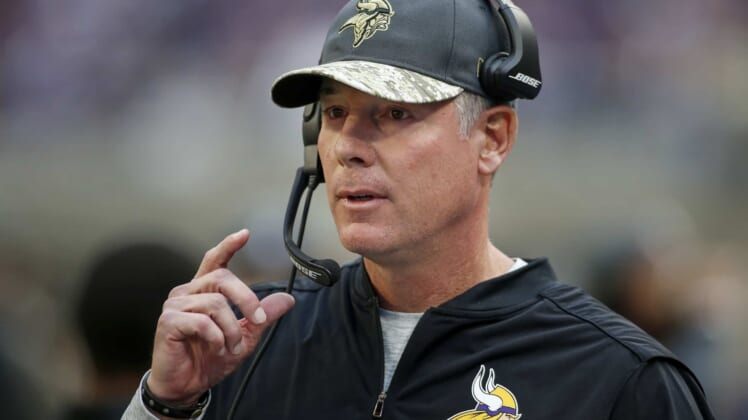 The New York Giants have honed in on their preferred target as the next head coach. According to Ian Rapoport of NFL Media, Minnesota Vikings offensive coordinator Pat Shurmur is their top target and is expected to accept the job, if offered.

Source: The #Giants are targeting #Vikings OC Pat Shurmur as the top choice for their new head coach and he's expected to accept, if offered.

Based on recent reports, this doesn’t come as a huge surprise. Shurmur has been strongly linked to the opening in New York before, and he reportedly already has a staff at the ready. Additionally, the team’s other top targets — New England Patriots assistants Josh McDaniels and Matt Patricia — both have seemingly set their eyes on other teams.

Shurmur has been coaching at the NFL level since 1999. He’s been an offensive coordinator for three teams, the Vikings being the latest. He was also the head coach of the Cleveland Browns for two seasons between 2011-2012, guiding the Browns to a record of 9-23, and was the interim head coach of the Philadelphia Eagles in 2015 after Chip Kelly was fired.

A man with a track record of getting the most out of quarterbacks who were previously thought to be mediocre, Shurmur is an offensive-minded coach. He’s been a big reason Case Keenum had a career year and was a big reason why Sam Bradford had a big season in 2016 and

If hired in New York, Shurmur would presumably do the same for Eli Manning and his eventual replacement. Though, he and the Vikings will have to finish what they started in the playoffs before the Giants can technically make an offer and hire him.