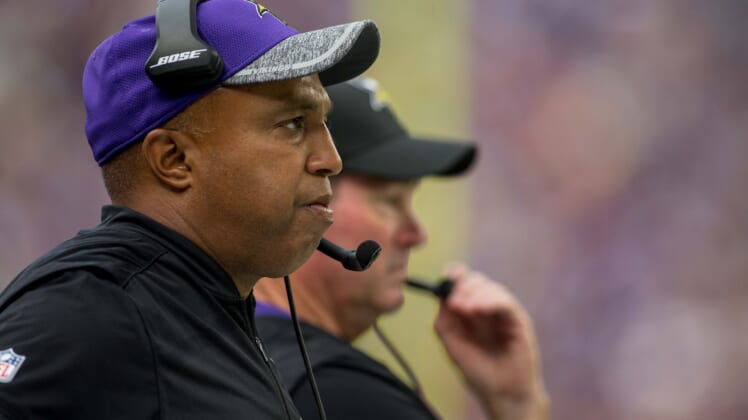 As the Minnesota Vikings prepare for another trip to the playoffs, it appears the team is already prepared for there to be at least one potential change to the coaching staff when the year ends.

According to Sirius XM’s Alex Marvez, defensive coordinator George Edwards, who is is finishing the final year of his contract, may not return for the 2020 season.

It offers the potential to be a sizable blow for Minnesota’s defense. The Vikings have boasted one of the NFL’s best defenses since Edwards became the defensive coordinator in 2014.

The 52-year-old’s coaching career began at the collegiate level in 1991 with the Florida Gators and he rose up the ranks since. He served as the Washington Redskins’ defensive coordinator in ’03 and served in the same role for the Buffalo Bills from 2010-’11.

Minnesota’s defense remains one of the best across the NFL. It is allowing the sixth-fewest points per game (18.8), ranks fourth in takeaways (30) and seventh in sacks (44). However, it was just gashed by Green Bay Packers running back Aaron Jones in a loss that cost the Vikings the NFC North.

If Edwards becomes available this offseason, he will be one of the more attractive assistant coaches available given his track record.