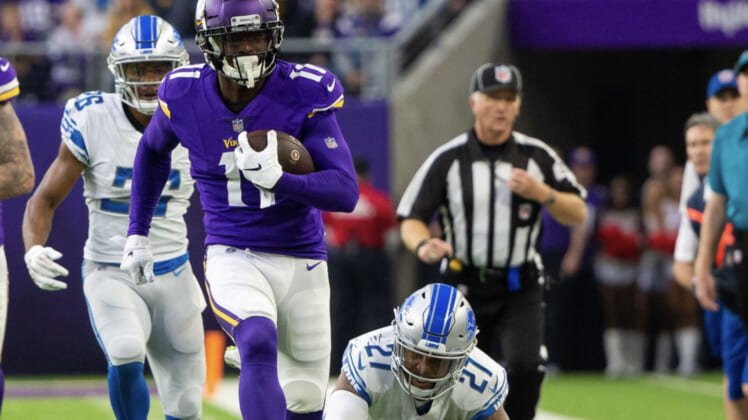 The Minnesota Vikings might very well roll with undrafted free agent Chad Beebe as one of their top receivers behind Stefon Diggs and Adam Thielen.

If that is indeed the case, former first-round pick Laquon Treadwell could reportedly be had in a trade. Albert Breer of MMQB mentioned as much recently, noting that it’s highly unlikely Minnesota would get much in return for the former Mississippi standout.

Treadwell, 24, has been an absolute bust since the Vikings made him the No. 23 overall pick back in 2016. He’s caught a grand total of 56 passes for 517 yards and one touchdown in three seasons.

There could, however, be a wide receiver-needy team out there willing to give the 6-foot-2 pass catcher a chance.

Treadwell is young enough and has the frame to succeed in the NFL. He just hasn’t put it together at this point in his career. A change of scenery is definitely needed for the receiver. He’s currently listed fourth in Minnesota’s depth chart.