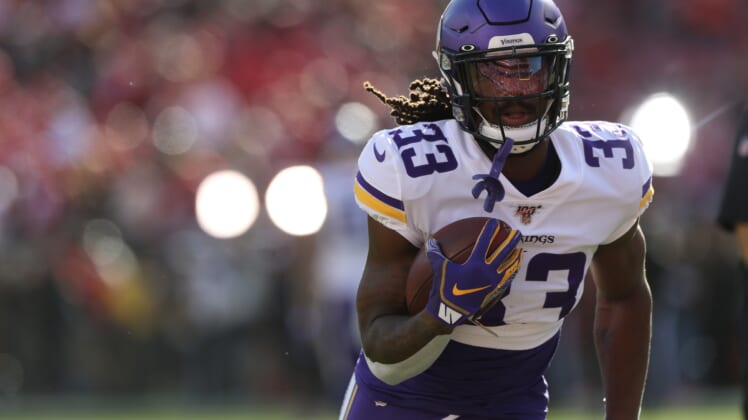 The Minnesota Vikings secured their future on Monday by signing Kirk Cousins to a two-year extension. Now, the front office is keeping its focus on the future by reportedly discussing a contract extension with star running back Dalvin Cook.

The Vikings have reportedly started talks about a potential contract extension with Cook, per the St. Paul Pioneer Press’ Chris Tomasson. While discussions aren’t close, the Vikings are expected to ramp up talks with their star running back after free agency.

Cook is coming off an outstanding season in 2019 with 1,135 rushing yards, 519 receiving yards and 13 touchdowns in 14 games. The 24-year-old running back earned a Pro Bowl selection following his breakout year and looked explosive more than a year after tearing his ACL during the 2017 season.

He is one of the most explosive all-purpose backs in the NFL and is the workhorse in Minnesota’s offense. The Vikings could also rely upon him even more next season after trading star receiver Stefon Diggs.

However, Cook’s durability concerns might be an issue that will hurt him in contract negotiations. He missed two games this past season due to a lingering shoulder injury and missed five games during the 2018 season due to a hamstring injury. In total, the star running back has missed 19 games in his first three seasons.

Given his importance to the offense, the team’s desire to sign him to a contract extension is understandable. But the Vikings will need to be cautious given the recent history of huge deals for running backs ultimately costing teams.