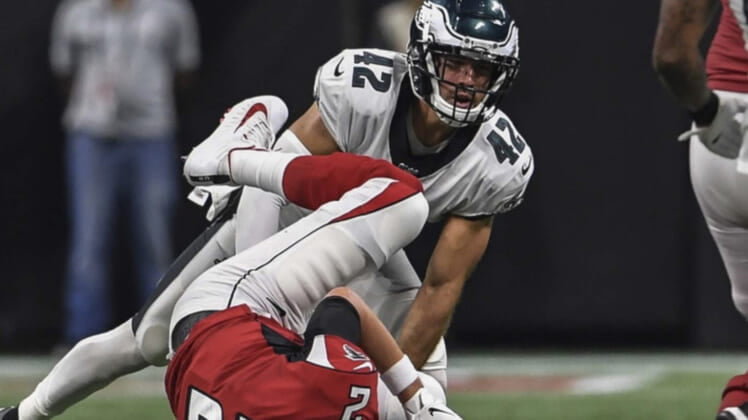 Veteran safety Andrew Sendejo didn’t last too long on the unemployment line. One day after being waived by the Philadelphia Eagles, Sendejo has caught on with his former Minnesota Vikings team.

According to Ben Goessling of the Star Tribune, Minnesota has picked up the 32-year-old safety off waivers.

Signed to a one-year contract by Philadelphia back in March, the team waived him in order to gain a 2020 NFL Draft compensatory pick.

The former undrafted free agent recorded 27 tackles and an interception in nine games with Philly.

He started 58 games in eight seasons with Minnesota from 2011-18, recording 355 tackles and six interceptions.