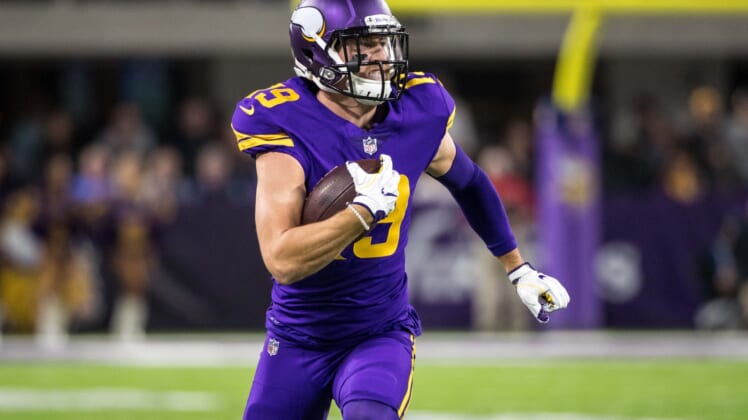 The Minnesota Vikings will not likely have Adam Thielen available on Sunday when they take on the Dallas Cowboys, per Tom Pelissero of NFL Network.

Thielen missed Week 8 with the hamstring injury, played a short while last Sunday and then re-aggravated the injury. Pelissero hinted that Thielen could potentially be out another week after this as the team prefers to err on the conservative side to have the receiver for the stretch run.

When healthy, Thielen is one of the NFL’s best receivers. So far this season, he has hauled in 27 passes for 391 yards and six touchdowns.

Assuming Thielen does not play for the Vikings against the Cowboys on Sunday, look for Laquon Treadwell to have a bigger role again, as we saw Sunday against the Kansas City Chiefs.