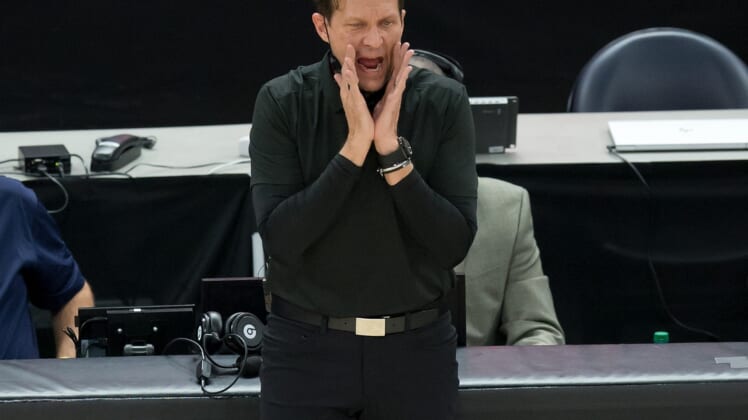 Utah Jazz head coach Quin Snyder will lead the Western Conference team in the upcoming All-Star Game, according to a report Wednesday by ESPN.

The 54-year-old Snyder, in his seventh season at Utah, has helped the Jazz engineer the league’s best record — 23-5, which includes winning 19 of their past 20 games and an 11-game win streak from Jan. 8-29.

The honor marks the first time a Jazz coach will lead an All-Star team since Frank Layden in 1984. Layden, coaching a squad that included Magic Johnson and Kareem Abdul-Jabbar, fell to an East team coached by Boston Celtics’ K.C. Jones and featured Larry Bird and Julius Erving.

Snyder, who served as an assistant coach with the Clippers, Sixers, Lakers and Atlanta Hawks before joining the Jazz, has a 294-216 overall record (57.6 percent) and is 13-21 overall in the postseason.

ESPN also added that Philadelphia 76ers coach Doc Rivers, whose Sixers squad boasts an East leading 18-10 record, is “in line” to be the East coach. It would be Rivers’ third time coaching in an All-Star contest (2008, 2011).

While the NBA has not officially announced the All-Star Game’s date, ESPN reported that it is slated for March 7 in Atlanta.

Starters for next month’s game will be announced Thursday night, with the reserves being named next Tuesday.