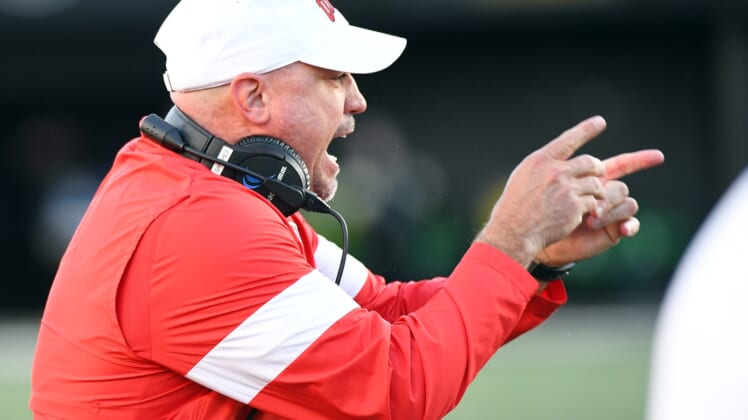 A legend in the Las Vegas area stemming from his days as the head coach of the high school football powerhouse Bishop Gorman, Tony Sanchez never saw that success translate to UNLV.

It’s in this that the well respected head man has reportedly been fired by the Rebels after a 3-8 start to the season.

This move comes mere days after UNLV closed up shop at Sam Boyd Stadium as the program prepares to move into the soon-to-be Las Vegas Raiders venue near the strip.

Sanchez posted a disastrous 19-40 record in five seasons as the Rebels’ head coach. He failed to lead the program to a bowl appearance in those five seasons, struggling big time in the Mountain West Conference.

UNLV has earned just one bowl appearance since the 2000 campaign, posting losing records in all but two seasons during that span. Needless to say, it’s a start of a new era for the program.