UCLA to receive $67.5M to settle Under Armour suit 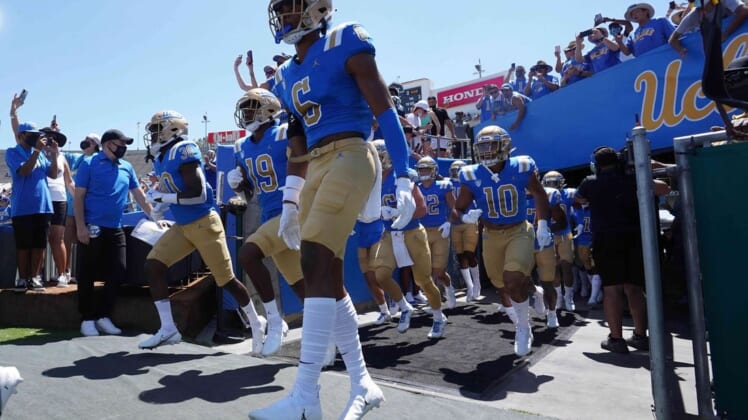 Under Armour will pay UCLA nearly $67.5 million to settle litigation between the two sides, the Los Angeles Times reported Friday.

The dispute has been ongoing for more than two years since Under Armour sought to cancel the record-setting 15-year, $280 million apparel deal they entered into in 2016.

Under Armour sought to exit the deal two years ago, contending, in part, UCLA didn’t provide any marketing benefits to the company during the pandemic in 2020 and because former men’s soccer coach Jorge Salcedo diminished the company and the school’s brand for his part in the college sports admissions scandal.

UCLA filed suit, and Under Armour countersued when the company logo on some of the school’s team uniforms was covered by a social justice patch.

The Times reported that the two sides reached the settlement earlier this month, and both sides asked the Los Angeles Superior Court to dismiss the lawsuits on Thursday and allow the settlement to go forward.

UCLA replaced the Under Armour deal with a six-year, $46.45 million pact signed with Nike and Jordan Brand in December 2020.

“UCLA is one of the most recognized and respected collegiate names around the globe,” Mary Osako, UCLA vice chancellor for strategic communications, said in a statement released to the Times after the settlement. “We are gratified to have resolved this matter in a way that benefits our student-athletes and the entire Bruin community.”