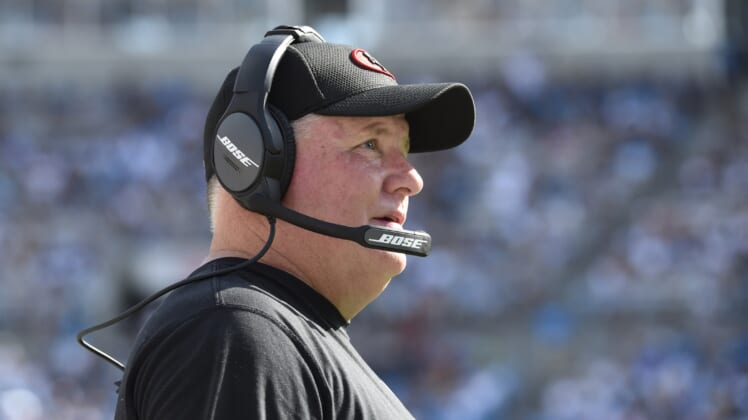 The UCLA Bruins are reportedly finalizing a contract with Chip Kelly to make him their next head football coach following the recent firing of Jim Mora.

SOURCES: UCLA is finalizing a deal to make Chip Kelly the next coach there. An agreement is expected by the end of the weekend.

An agreement has been reached between UCLA and Chip Kelly. An announcement is coming shortly.

This isn’t a huge shock, as Kelly has been in contact with the university about the job this past week and had reportedly been ruled out as the coach at Florida.

The former NFL head coach is best known for his tenure as the coach at Oregon. He compiled a 46-7 record in a four-year stint with the Ducks, guiding them to four BCS games. They lost in the 2010 national championship, appeared in two Rose Bowls and won the Fiesta Bowl.

Kelly last coached in the NFL. He spent three years with the Philadelphia Eagles, compiling a 26-21 record before spending one failed season in San Francisco, where he went 2-14.