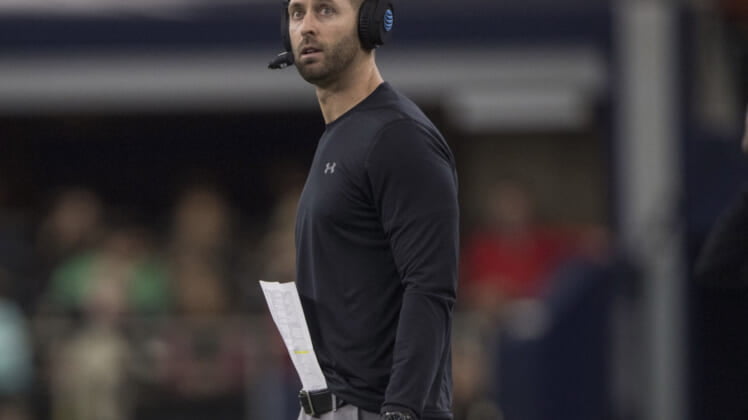 The Texas Tech Red Raiders might have decided to move on from head coach Kliff Kingsbury following a losing season. In no way does that mean the former college quarterback isn’t a hot commodity around the football world.

According to this report from Gil Brandt of NFL Media, two NFL teams have offered Kingsbury a job and his phone is “ringing off the hook.”

The phone of former Texas Tech coach Kliff Kingsbury has been ringing off the hook from NFL teams, including two that have given him firm offers. College offense has infiltrated the NFL and Kingsbury's superb knowledge of it is in high demand.

It’s not yet known whether these offers are for head coaching of offensive coordinator jobs. But it seems that he’s receiving more interest in the latter. If so, there’s multiple teams that will want to bring him on as a play-caller.

Kingsbury, 39, coached Texas Tech from 2013-18, posting a combined 35-40 record. Prior to that, he served as the Texas A&M offensive coordinator in 2012. That’s the season Johnny Manziel broke out big time in College Station.