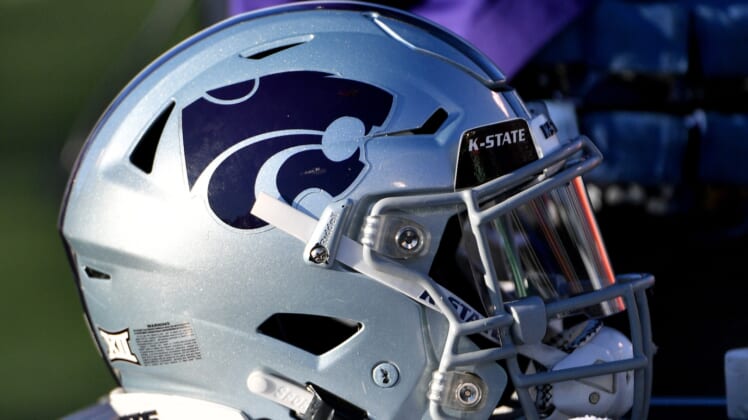 When the Kansas State Wildcats welcomed back their football players this month for voluntary workouts, they conducted COVID-19 tests before allowing players to hit the gym. Unfortunately for the Wildcats, that decision might have just exposed even more players to the coronavirus.

The Wildcats recently allowed their players to resume voluntary workouts this week after a round of COVID-19 tests came up negative. Kansas STate believed the coast was clear with seemingly no member of the football team having the coronavirus.

Unfortunately, per 247 Sports’ GoPowercat, that proved to not be the case. Two players who arrived late to campus were allowed to train with some of their teammates during an off-campus workout. The decision was made before the players’ test results came in, which later revealed they had the coronavirus.

In an instant, Kansas State went from having no coronavirus cases on its football team to two positive players and the risk of a potential outbreak. As a result, the university has now placed several football players in a “contact-traced” quarantine that could last for two weeks.

The Wildcats are allowing the 10 players in quarantine to practice together, but they aren’t allowed to train with the rest of the team. Due to privacy restrictions, the names of the players who tested positive aren’t being revealed.

Kansas State had previously announced it tested 90 players for the coronavirus without a single case. Following the setback, the university plans to screen all personnel who arrive at the team’s complex for workouts during the summer. Additionally, the Wildcats will continue requiring everyone to wear masks whenever they are inside the facility.

Schools across the country are experiencing their own small outbreak of the coronavirus. The University of Houston suspended workouts after six athletes tested positive. Meanwhile, seven athletes at Arkansas State and three Oklahoma State football players tested positive for COVID-19.