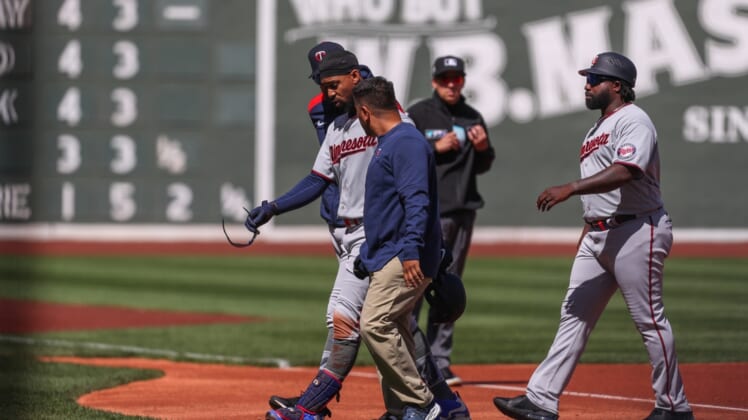 There was no structural damage in the right knee of Minnesota Twins outfielder Byron Buxton, and the oft-injured star could be back on the field as soon as a week, The Athletic reported Saturday.

Buxton, who has played in at least 100 games in a season just once since 2015, was injured on a slide into second base during the first inning of Friday’s road game against the Boston Red Sox. He had been scheduled for an MRI.

Buxton, 28, signed a seven-year extension this offseason worth $100 million.

He is batting .250 (6-for-24) through seven games this season with three home runs and four RBIs.

Buxton batted .306 in 2021 with a career-high 19 home runs to go with 32 RBIs, 50 runs scored and nine stolen bases. His 1.005 OPS led American League hitters with at least 200 at-bats and ranked second in baseball after only National League MVP Bryce Harper (1.044) of the Philadelphia Phillies.

The Twins selected Buxton with the No. 2 overall pick in the 2012 draft.