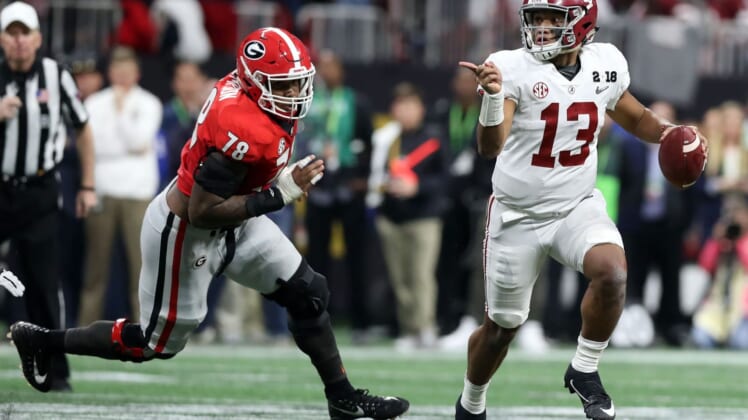 Tua Tagovailoa said goodbye to his college career on Monday with an announcement that he is declaring for the 2020 NFL Draft, and he’s already being compared to an NFL legend.

Per Albert Breer of The MMQB, Alabama coaches have been telling NFL scouts a good comparison for Tagovailoa is Drew Brees.

Really, as gaudy as this appears at first blush, this is an apt comparison. Tagovailoa doesn’t have the biggest arm. Neither does Brees.

However, he’s exceptionally accurate on short-to-intermediate throws, which is why the Crimson Tide got so many touchdowns on slant passes (like this).

That’s exactly the same reason Brees has been shredding NFL defenses the past couple of decades.

At this point, the big issue is health. Tagovailoa has a pretty extensive injury history the past couple of seasons at Alabama, and the hip injury he’s coming back from right now is rare. So there’s got to be a bit of concern about whether he can hold up at the NFL level.

But in terms of his ability to sling the pigskin around the gridiron, Tagovailoa is elite.