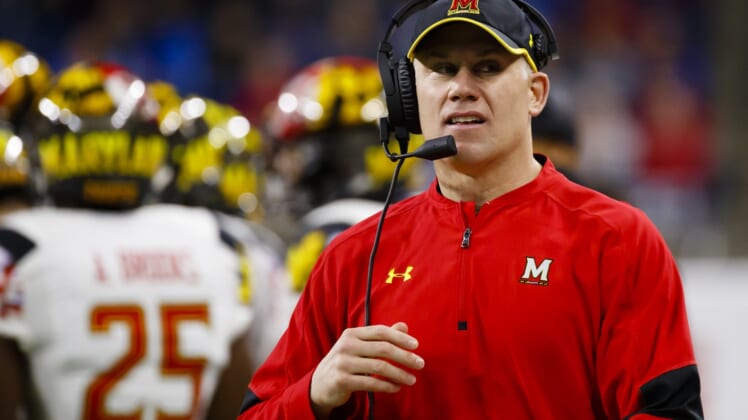 Following the death of 19-year-old offensive lineman Jordan McNair reportedly due to heatstroke suffered during a University of Maryland football practice, alarming reports have now come out about the coaching culture at Maryland.

According to ESPN, multiple current players and people close to Maryland’s football program detailed a toxic coaching culture under the watch of head coach D.J. Durkin.

Current and former players and coaches told ESPN about the atmosphere under Durkin and strength and conditioning coach Rick Court, who Durkin hired in 2015.

Further allegations from current and former players said there is a coaching environment based on intimidation and fear. One specific example cited in the report shared that Court threw small weights and other objects in the directions of players when he was angry.

The report further demonstrates the lengths some coaches would go to in order to belittle and humiliate players. According to the report, one player who coaches sought to lose weight was forced to eat a candy bar in front of his teammates as they worked out.

According to an earlier ESPN report, which first noted that the 19-year-old died due to heat exhaustion, McNair collapsed on May 29 after running multiple 110-yard sprints, during which he showed signs of extreme exhaustion and struggled to keep himself up.

McNair reportedly suffered a seizure towards the end of practice after showing signs of extreme exhaustion and 911 was called.

“Our reading of the medical records and the 911 call Maryland made to the EMT to come to the field reveal that 45 minutes into the practice,” Billy Murphy, the attorney for McNair’s family said, via ESPN. “He had convulsions and a seizure on the field and the 911 call reflects emergency personnel noted McNair had experienced a seizure.”

According to the report, McNair was evaluated by EMTs at Maryland’s facility where it was determined he was having a seizure and was then transported to Washington Adventist Hospital.

McNair would later be moved to Cowley Shock Trauma Center in Baltimore. He died two weeks later at the same hospital.

University officials have placed members of the coaching staff on administrative leave while the school conducts an investigation into McNair’s death, though they haven’t named which coaches were placed on leave.