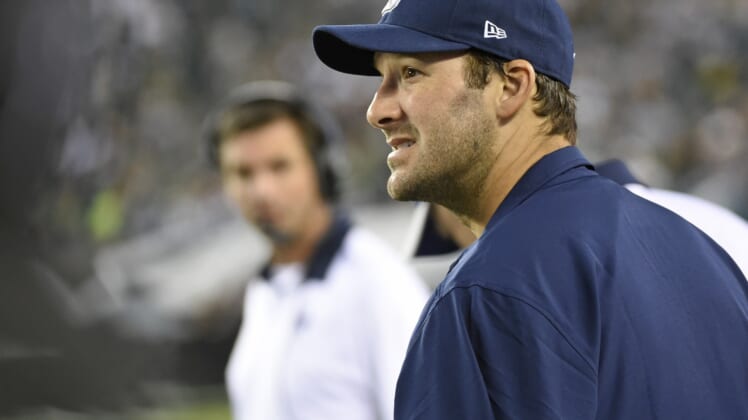 It appears that Dallas Cowboys quarterback Tony Romo has cleared one hurdle in his recovery from a devastating preseason back injury. The veteran is reportedly ready to play, and can withstand the necessary hits that come with suiting up in the NFL.

Source says that Tony Romo feels he has recovered from preseason compression fracture in back, ready to play, capable of taking #NFL hits.

That’s big news for a number of reasons. Romo has been out since August after breaking one bone in his back in a preseason game. He was replaced under center by rookie Dak Prescott who has proceeded to tally 16 touchdowns and just two picks en route to leading the Cowboys to a 7-1 start to the season.

Even if Romo is set to return, in no way does this mean that he’ll actually regain his starting job.

Prescott has already been named the starter for the Cowboys’ upcoming game against the Pittsburgh Steelers and figures to retain that status as long as he continues to perform at the level we’ve seen thus far this season.

Romo, who was cleared for full practice earlier this week, likely won’t see the field until Prescott shows signs of actually being a rookie. Of course, with the veteran’s return, this will likely create some sort of faux quarterback controversy in the minds of some.