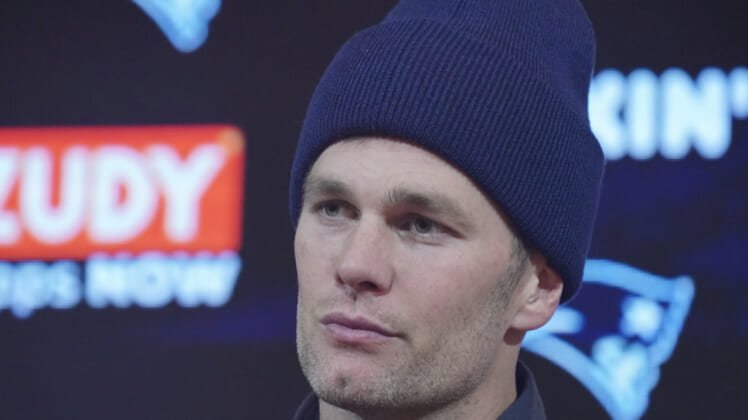 Most people around the NFL firmly believe that New England Patriots quarterback Tom Brady will ultimately return to the team after testing the free-agent waters for the first time in his 20-year career.

Despite this, rumors continue to persist that the possibility of Brady leaving the only team he’s suited up for is real.

Add NFL Media’s Mike Silver to the list. According to the respected longtime reporter, Brady’s foray into free agency is “very real.” He also talked about the quarterback’s relationship with Tennessee Titans head coach Mike Vrabel.

This is something that has not be talked about a great deal. Brady has recently been linked to the Titans in free agency. They join the Las Vegas Raiders as a top potential landing spot.

Brady and Vrabel were teammates with the Patriots for eight seasons and enjoy a friendship off the field. As Silver noted, Brady heading to Nashville is something that could potentially be worked out by a mere text between the two.

While that is an interesting scenario to look at, Tennessee is seemingly ready to retain Comeback Player of the Year Ryan Tannehill. He’s coming off a ridiculously good 2019 season and seems to be a locker room favorite.

As it is, this Brady story is not going to die down with less than a month to go before he can start negotiating with other teams. As of right now, the six-time Super Bowl champ has not started talking contract with the Patriots.