Report: Tom Brady, Patriots ‘no closer to agreement’ on contract 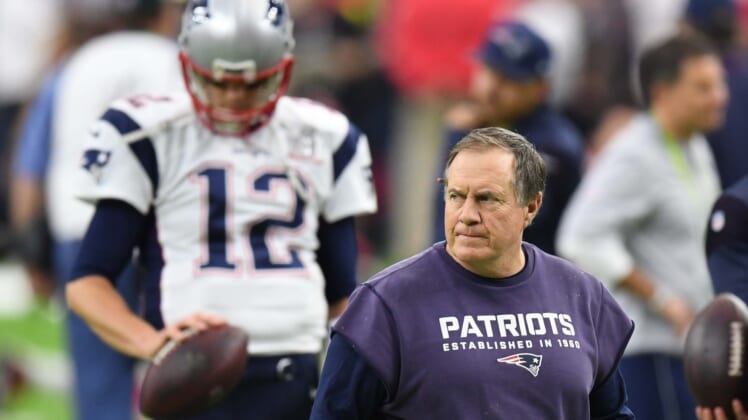 As NFL free agency draws closer, Tom Brady remains the player everyone is talking about. Now with just days remaining before he officially becomes a free agent, talks between the New England Patriots and Brady reportedly aren’t going well.

According to ESPN’s Mike Reiss, Brady and the Patriots are no closer in their contract talks than in prior weeks and there’s now a growing air of uncertainty in New England.

It follows recent speculation from around the NFL that several would be shocked if Brady returns to New England. After spending 20 years with the organization, the potential for an exit seems to be increasing with each passing day.

The Tennessee Titans are among the teams interested in signing the future Hall of Famer and they believe they have a good chance at landing him.

Brady remains in the Patriots’ plans and Bill Belichick is leading the negotiations, but they are facing competition from multiple teams.

Belichick and the front office have reportedly explored fallback plans if Brady leaves, most notably via trade. Among the options in consideration, dealing for Cincinnati Bengals quarterback Andy Dalton.

While it seemed impossible that the Brady-Belichick pairing would end before retirement, which owner Robert Kraft always wanted, the winds seem to be shifting. If Brady ultimately leaves the Patriots, it will be one of the biggest NFL storylines in league history.