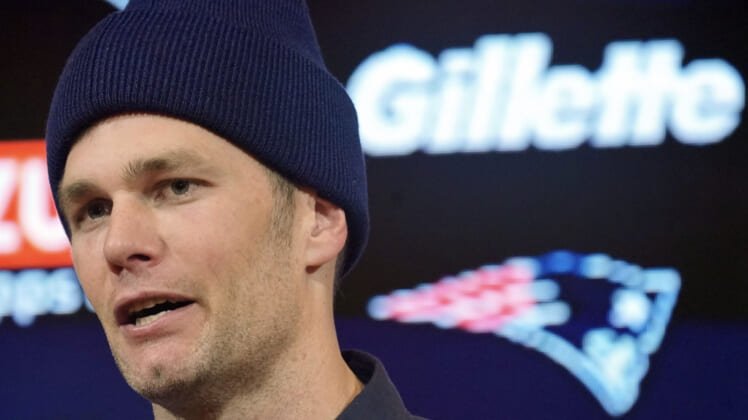 Just as a fun Wildcard Weekend wrapped up around the NFL, one report from NBC’s Chris Collinsworth could throw everything off kilter.

Following Sunday’s broadcast of the Seahawks’ win over Philadelphia, Collinsworth reported that Tom Brady is done in New England and will likely sign with the Los Angeles Chargers this spring.

Brady, 42, would not commit to returning to the Patriots following their season-ending loss to the Tennessee Titans Saturday night.

The six-time Super Bowl champion is fed up with the finances in New England and is among the most underpaid players in the NFL.

As it relates to the Chargers, there’s a good chance they move on from Philip Rivers this offseason.

Could he head to New England to replace Brady in a swap of one sure-fire first-ballot Hall of Famer and another quarterback on the brink of Canton? Stranger things have happened.