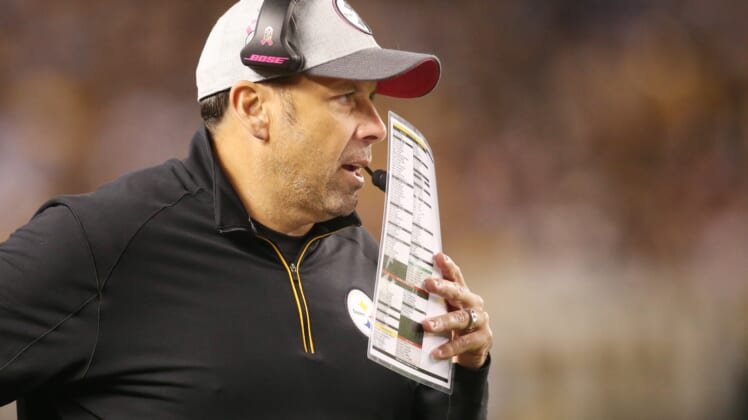 After leading the Pittsburgh Steelers to top-10 scoring offenses in each of the past four seasons, longtime offensive coordinator Todd Haley will not return to the team in 2018.

Sources: The #Steelers are allowing OC Todd Haley to walk now that he’s out of his contract. Pittsburgh expected to have a new OC.

Rapoport goes on to cite a strained relationship with quarterback Ben Roethlisberger as one of the deciding factors. That’s been bandied about as a possibility for some time now.

Now that Haley is no longer in Pittsburgh, the team will need a new primary play-caller for Big Ben and Co.

All this comes on the heels of another report suggesting that the Steelers’ ownership is facing pressure to fire head coach Mike Tomlin. While that’s unlikely to happen, there will be one major coaching change the Steel City this offseason.