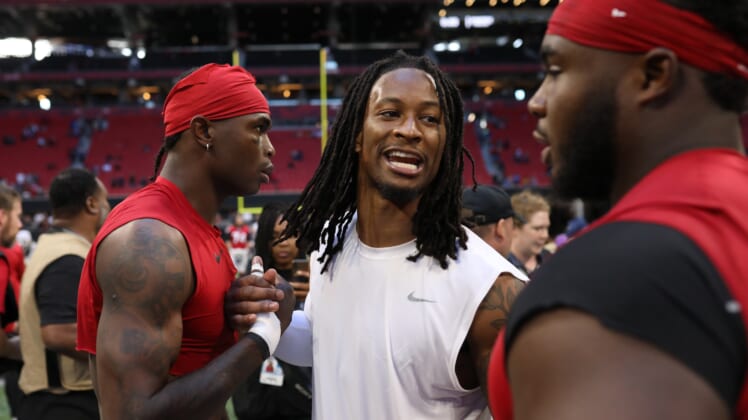 A day after being released by the Los Angeles Rams, All-Pro running back Todd Gurley is set to return home to Georgia by signing with the Atlanta Falcons.

Gurley will return to Georgia, where his football career took off with the Bulldogs on a one-year deal, per NFL Network’s Ian Rapoport. Before the Rams released their star running back, the Falcons were among the teams that expressed the most interest in trading for him.

Gurley showed signs of decline in 2019, with the arthritic component in his left knee limiting his workload and seeming to hurt his explosiveness. However, the star running back still racked up 14 total touchdowns with 1,064 scrimmage yards. Furthermore, the 25-year-old has now averaged nearly 1,700 total yards and 18 touchdowns across the past three seasons.

Atlanta moved on from its own Pro Bowl running back this offseason, releasing star Devonta Freeman this week. While the team was limited for cap space, the opportunity to return to his roots and play in an offense with Julio Jones and Matt Ryan appealed to Gurley.

The NFC South should be more competitive than ever in 2020. Between the New Orleans Saints championship-caliber roster to the Falcons adding Gurley and the Tampa Bay Buccaneers signing Tom Brady, there will be a three-team race for the division crown next season.