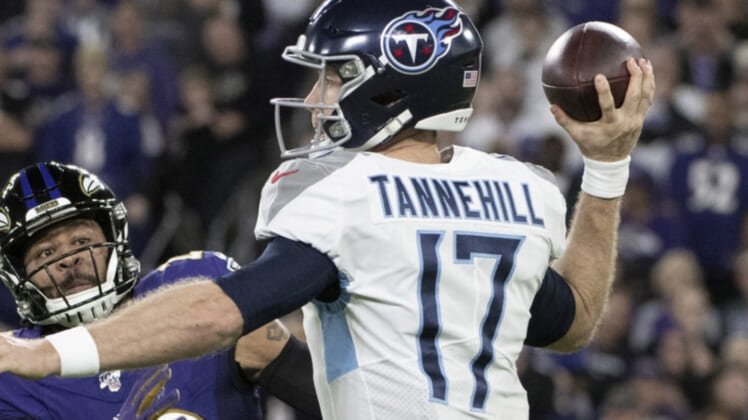 Tennessee Titans quarterback Ryan Tannehill delivered one of the most shocking seasons in the NFL this past season on his way to winning Comeback Player of the Year. While the Titans want to bring him back next season, it now appears like that isn’t a certainty.

The Titans are reportedly prepared to let Tannehill test the open market if both sides can’t agree to a long-term extension, per ESPN’s Matthew Berry.

Tennessee is entering a critical offseason with both Tannehill and star running back Derrick Henry hitting free agency. Given the growing speculation that the franchise tag will be placed on Henry, it now puts Tannehill’s future with the Titans in doubt.

The 31-year-old quarterback hitting the open market would be great news for the Carolina Panthers, who are reportedly very high on Tannehill. Coming off a breakout season with a 22-6 TD-INT ration and a 117.5 quarterback rating, Tannehill is in a perfect position to cash in this offseason.

If the Titans were to lose Tannehill, it could be a major blow for a team that already seems set to lose right tackle Jack Conklin. Just months removed from making it to the AFC Championship Game, Tennessee is already facing early challenges to make it back there next season.