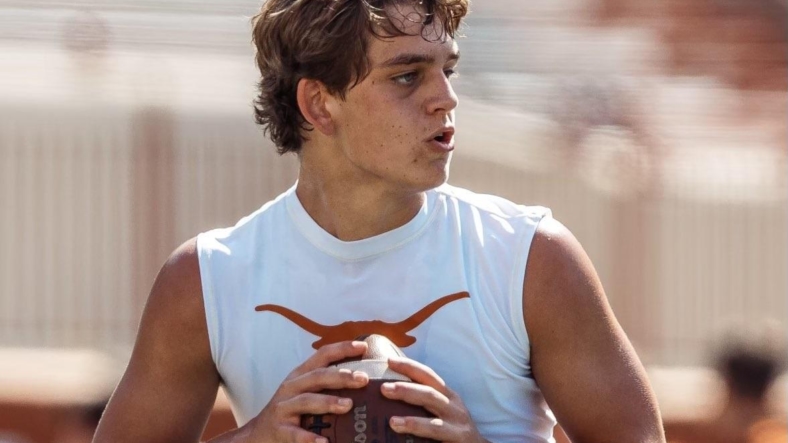 Texas reached into its deep recruiting pockets to impress Arch Manning and other high school prospects, spending more than $600,000 on two weekends in June, The Athletic reported Friday.

The Athletic obtained public records to look at everything Texas did to impress the recruits and their parents, including first-class hotels, buffets, treats, golf and a pair of socials for the parents.

Manning, ranked as the nation’s No. 1 recruit by the 247Sports composite, had made unofficial visits to Texas. But when he made his official visit June 17-19 — when schools are allowed to wine and dine — the Longhorns spent almost $280,000 on nine recruits and their families, The Athletic reported.

Four of the nine recruits that weekend have committed to the Longhorns so far, including Manning, whose uncles Peyton and Eli each won a pair of Super Bowls.

The following weekend, Texas spent an additional $350,000 to entertain 14 more recruits — 12 of whom have committed, The Athletic reported.

On the weekend of Manning’s visit, Texas spent more than $87,000 before the players and families ever stepped foot on campus: $21,000 on transportation; nearly $47,000 on rooms at the Four Seasons Austin for them, some coaches and staff; $17,000 on a lunch buffet; and about $1,800 on treats for their rooms, including small cakes adorned with the Texas logo.

“If you’ve never been to something nice before, you definitely got to experience that at Texas,” Chris Pilot, father of recruit Mikal Harrison-Pilot, told The Athletic.

Other expenses outlined by The Athletic included about $66,000 for two dinners for the guests, coaching staff, recruiting staff and others; $44,000 for parents receptions; a $10,000 breakfast; and $9,500 for an outing to Top Golf, where the kids played while their parents talked football with the coaches.