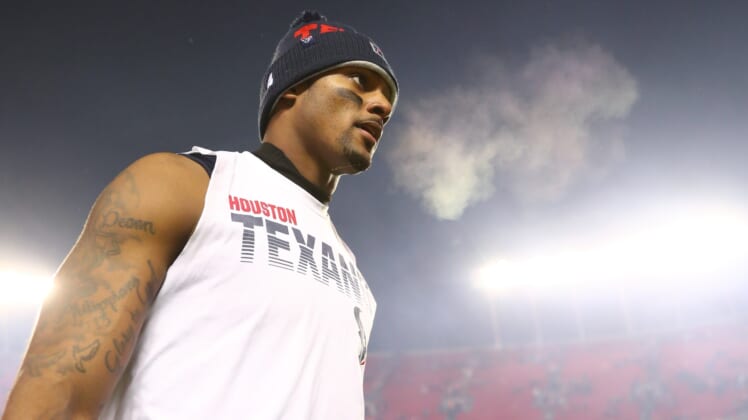 The Houston Texans have made their share of baffling decisions this offseason under general manager and head coach Bill O’Brien. When it comes to the future of superstar quarterback Deshaun Watson, the Texans are poised to make the right call.

Houston will exercise its fifth-year club option on Watson for the 2021 season, per The Houston Chronicle’s Aaron Wilson. Once the team picks up the option by the May 4 deadline, then O’Brien and Watson’s representatives will continue to discuss a contract extension. Watson’s salary under the final year of his deal is projected to be $17.3 million.

Both sides have already been in talks on a deal that would certainly make Watson one of the NFL’s highest-paid quarterbacks. Seattle Seahawks quarterback Russell Wilson is currently the highest-paid player in the NFL, averaging $35 million per season on his deal.

Watson would likely blow past that mark, especially with the NFL’s revenue rising each year. The negotiations on a multi-year deal also come at a time when the Kansas City Chiefs are discussing a record-setting contract with Patrick Mahomes, just as the Dallas Cowboys are doing with Dak Prescott.

Watson could wait until Prescott’s deal is finalized. The decision would allow him to top Prescott’s contract, which is expected to make him the highest-paid player. Of course, Mahomes could then wait for Watson’s deal to be completed and then the reigning Super Bowl MVP would grab the top spot.

The NFL has yet to have a player make at least $40 million per season in the league’s extensive history. Given the value of the quarterback position, though, we might see at least two of these quarterbacks hit that mark.